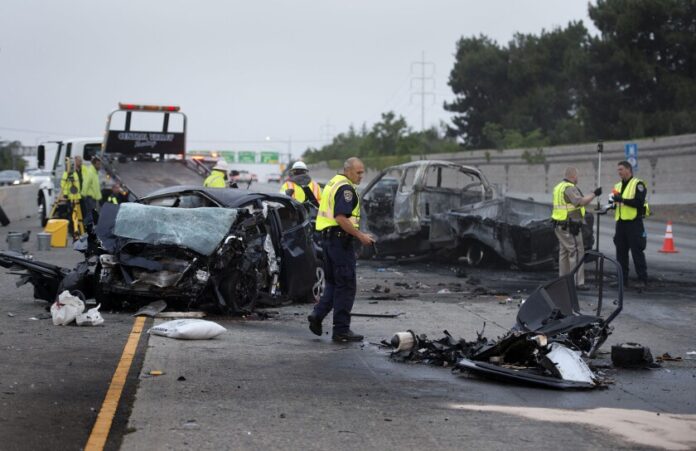 The number of car accidents in Los Angeles has been on the rise over the past few years, and many people are wondering what is causing this sudden surge. Los Angeles is known for its traffic and lack of parking space, so it would seem logical that the amount of congestion in the city could lead to an increase in car accidents. According to Los Angeles car accident attorneys, the number of auto accidents has risen by over 3% in the past three years. Despite statewide efforts to curb traffic fatalities, Los Angeles has seen a 27% increase over the same period. It is unclear what is behind this rise, but one theory is that there are fewer officers on patrol out of fear of retaliation from local gangs.

Without any second thought, Los Angeles has seen a major increase in car accidents over the past few years. One can see this by looking at the data from 2009 to 2014. Over these 6 years, the number of people who died in traffic accidents went up 48%. During this same time period, fatal collisions increased 34% and injuries went up by 31%. Among these statistics, it is important to remember that only 28% of all Los Angeles residents are even licensed drivers.

There has been a substantial increase in the number of car accidents in Los Angeles and this has prompted many people to wonder why. The first thing is that there are more drivers on the roads. This may be true, but it’s not enough to account for such a high rate of accidents. The second likely explanation is the fact that everyone is distracted by their phones and gadgets.

Los Angeles is a city that is constantly changing. With new construction and development happening all around town, it can be difficult to keep up with the latest changes. There are many major roads and freeways in Los Angeles, and one of the most dangerous types of accidents for drivers and pedestrians occurs on ramps connecting two highways or freeways.

According to the LAPD, the most major locations of accidents in LA are the 10 Freeway, Wilshire Boulevard, California 134 Freeway, and the 101 Freeway. Some other hotspots of accidents in Los Angeles include Sierra Highway, I-5, I-405, I-710, and Route 118. With these statistics in mind, drivers need to be aware of their surroundings at all times.

Effect of Alimony on Finances

Learn About The Accessible, Affording, and Covering Entitlement Act For Persons...